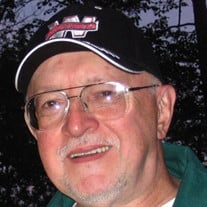 Kenneth passed away on August 9, 2019 at the age of 82 years. He spent the past 4 years in Georgia with his children. Ken spent his entire life in Milwaukee’s Bay View neighborhood. He graduated from Bay View High School in 1955. As a young man, Kenny “had the stuff of champions”, according to the Milwaukee Sentinel in 1955. He was part of the Bay View All-City baseball team and aspired to be a big-league pitcher; however, stricken with polio as a very young child, Kenny carried a disability that left him with one leg shorter than the other which ultimately kept him from his big-league dreams. Ken married Christine Gorski in 1964 and had two children, John and Steven. He went to work for a local Milwaukee company, Johnson Controls. He stayed at Johnson for 39 years and retired 1998. Ken loved the Packers and Brewers and passed that enthusiasm down to his children and their families. Ken was a masterful Cribbage player and was a regular member of local tournaments. He could simply glance at the cards and start pegging while you were still counting your 15’s. In 1971, Ken and Chris started a tradition of vacationing with the kids in Wisconsin’s North Woods. Throughout the decades to come, Ken maintained the tradition of going “Up North” with his boys and their wives and children until he was unable to travel anymore. 2015 was his last trip to Rhinelander. Yet the tradition continues to this day in his honor. Even though Kenny never learned to swim and had a fear of the water, he loved to get in a boat and go fishing with his son Steven. Ken loved to play pinball and couldn’t wait to get started on the high score every summer, up north at the resort. As a result, he garnered the nickname Kenny “Machine Man” Geshrick. Ken was a fan of all kinds of music, particularly, Rock music. He was a fan of all the big names: Bad Company, Chicago, REO, The Who, Rush, Journey and so many others. Ken also had an incredible sense of humor. He loved George Carlin and often referenced his routines in his daily life. So many people will remember his light-hearted and humorous outlook on life. Kenneth leaves behind his two sons John (Carlene) Geshrick, Steven (Bridget) Geshrick and grandson Steven Geshrick Jr. along with his dear siblings Robert (Pat) Geshrick, Sally (Robert Huskins) Geshrick and Daniel (Vicki) Geshrick. He is further survived by cousins, nieces, nephews and so many dear and loving friends. Preceded in death by his parents Raymond and Anna and his one and only wife, Christine. Kenny’s passing will leave an empty space in the world of those who knew him. He will be deeply missed by his family and friends. May he rest in peace and be remembered, always. “…A vandal's smile, a baseball in his right hand Nothing but the blue sky in his eyes…” --Jason Isbell Memorial Visitation Friday, August 30 at the ROZGA-WALLOCH FUNERAL HOME from 11:00 AM – 12:30 PM followed by a Memorial Service at 12:30 PM. Private Inurnment St. Adalbert Cemetery. In lieu of flowers, donations to the family are appreciated.

Kenneth passed away on August 9, 2019 at the age of 82 years. He spent the past 4 years in Georgia with his children. Ken spent his entire life in Milwaukee&#8217;s Bay View neighborhood. He graduated from Bay View High School in 1955. As a... View Obituary & Service Information

The family of Kenneth R. Geshrick created this Life Tributes page to make it easy to share your memories.

Send flowers to the Geshrick family.