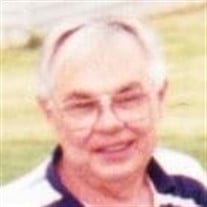 Robert “Bob” W. Hess, age 80, entered God’s loving arms peacefully surrounded by his family on February 11, 2021. He is survived by his cherished wife Diane (Stahoviak) Hess, whom he has been married to for 55 years; beloved father of Bret (Rachel) Hess and Brenda (Donald) Bart; proud grandfather of Jordan, Nathan, Tyler, Tanner and Skyler. Brother, Thomas Hess; sister-in-law, Maureen Hess; sister-in-law, Connie (Thomas) Markowski; sister-in-law, Barbara Stahoviak and many nieces, nephews, and friends. Bob was welcomed by his parents, George Sr. and Helen Hess; brother, George Hess Jr. and sister-in-law, Sharon; brother, David Hess; sister-in-law, Patricia Hess; parents-in-law, Lyle and Edna Stahoviak, and brother-in-law, Gregory Stahoviak. Bob was employed by Allen Bradley for 35 years where he worked diligently as a Senior Supervisor of Electrical Maintenance. He spent many years dedicated to the festival committee for St. Roman Parish where he was a faithful parishioner for 49 years. He loved going to deer camp at the hunting shack every year, not so much for the deer, but for the comradery and more importantly to do the dishes. Bob loved to spend time tending to his backyard garden and cooking for his family. You would also often find him watching NASCAR and the Packers. He cherished spending time with his family and was a very proud father and grandfather. A special thank you to the kind and compassionate staff at St. Luke’s ICU who so lovingly cared for him especially during the times that his family could not be with him. The family will be honoring Bob's wishes by having a private, family celebration of his life. Burial will take place in his beloved hometown, Berlin, WI, at a later date.

The family of Robert W. "Bob" Hess created this Life Tributes page to make it easy to share your memories.

Send flowers to the Hess family.